The Tetris Effect stole my sleep

The bedroom is quiet and cool, the bed is soft, the sheets are smooth. I lie down and relax, so sleepy that not even a daydream will stay in my head. I drift off...only to see the game I played before bed vividly in front of my eyes. It repeats over and over and over again forming the same patterns. 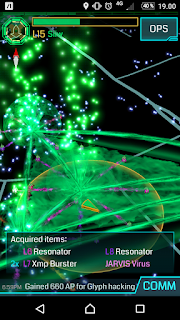 I have been playing a clicker RPG on my phone for the last few days. It is a game where your damage is determined by how fast you can tap the screen, and you have a team of followers who deal constant DPS. The numbers rise exponentially with each new follower. Last night, I entered an in-game tournament. This made me spend more than an hour on it directly before going to sleep.

It looks like that the pattern of taps and numbers has gotten stuck in my brain. All night, in the non REM sleep stage, where I should have been comfortably unconscious and resting, has this game been playing in my mind. Where I should have seen random scenes and lines of sleep, I have seen coins explode out of beaten enemies. Even in my dreams, things kept increasing exponentially; tens, then hundreds, then thousands, then millions...

Yesterday's game isn't the first game to cause this for me. The most annoying side effect was from Diablo 1. I was constantly going down to lower levels for several nights. Ingress has also had a strong effect. I was making lines and triangles not only in my half sleep hallucinations, but in my nightly dreams.

This is called the Tetris Effect. It isn't limited to computer games. My mother has told me about how she has spent entire nights with visions of knitting after learning new patterns. Psychologists think this has something to do with learning and subconsciously forming memories. I think it means that I played that game too much yesterday.
Posted by Tante Rose at 18:35